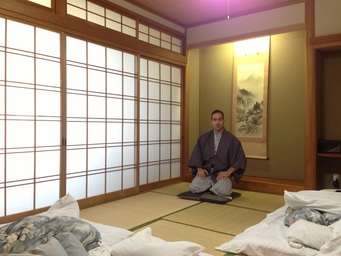 Shihan Mehdi Kazemi was born in Tehran in 1976. Due to his passion and Love for martial arts he started training in the ancient art of Kyokushin Karate at the age of 13th. From the very beginning he took martial training very serious, with a high level of discipline. He had great passion for competition and tournament sparing.

His first tournament was at the young age of 17 which he came first in his division. He  achieved the great honor of Black Belt only at the age 18.

Shihan Kazemi went on to achieve 9 national titles. In many of his tournaments he received the title for being the most technical fighter. Shihan Kazemi was also member of the Iran’s national Kyokushin Kan team for over 9 years.

In 2010 Shihan Kazemi published a book by the name of “Living with sports” which covers a great range of areas such as sport injuries, diet fitness, weight loss, and general sport awareness which was met with great success in Iran.

Over ten years of coaching his club produced many national and international champions, whom now they conduct their own clubs and have produced champions of their own. Shihan Kazemi has had high level of training in weaponry especially in Nunchuks and self defense.

Soon after he received an invention from the international Kyokushin kan Karate federation for the winter camp in Japan where he received the honor of his 5th Dan from Hatsuo Royama in Honbo at Tokyo, Japan. Shihan Kazemi now has the highest authority and rank in Australia as Branch Chief of Kyokushin Kan Karate Australia.